Rhetoric on the Town: Alignment 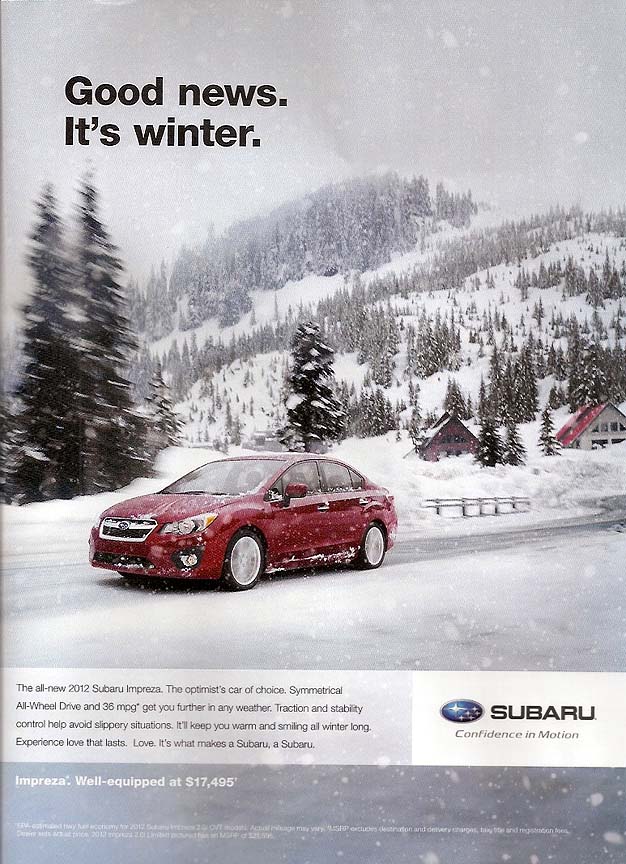 The main purpose for this advertisement is to sell the car Impreza which is made by the automobile maker Subaru.  Due to the wintery environment of the advertisement some of the targeted audience may live up North or in places that receive high amounts of snowfall.  The fact that it’s a car and driving in snowy icy conditions may attract the audience of people who are looking for safe cars who have lots of traction.  Since the ad actually states the base price of the Impreza it shows that the target audience would not be the upper class, but would in fact include the middle class or people who are just starting off in careers that may not be making the big bucks yet.

This entry was posted in Rhetoric on the Town. Bookmark the permalink.

One Response to Rhetoric on the Town: Alignment